skip to main | skip to sidebar

So much for resolutions!

Well I tried, but today had many 'other' things to do, including shopping, making dinner for 8, tidying up after Christmas, can I continue making excuses.

In hindsight, the chicken tardis was a bad idea. It is outside the bedroom window and the rooster set off at 3am. I had watched him in the previous pen and he wasn't crowing yet, just chose this morning to do his first practise. Because of the dinner tonight I wasn't able to catch him and move him away from under the window, so I guess it's ear plugs tonight.

Dinner was a success, I covered chicken breasts in ready-made bolognaise sauce, then wrapped it all in a puff pastry parcel. We ate this with red cabbage, al dente, and special mashed potatoes.  Followed by 'no wheat' chocolate cake.

I can't eat wheat and have found I can substitute rice flour for wheat flour and make a reasonable cake using a traditional, 4,4,4,2 Victoria sponge recipe. It doesn't rise as much, but tastes good. It was chocolate flavour - well what else? 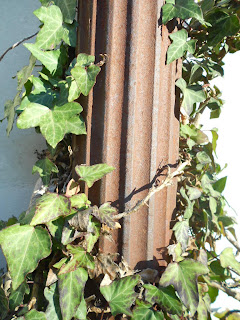 Still signs of Mother nature in the garden , above ivy on the drain pipe. Ironically I can't get it to grow indoors, but it is wild where I don't want it. 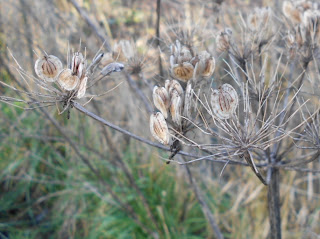 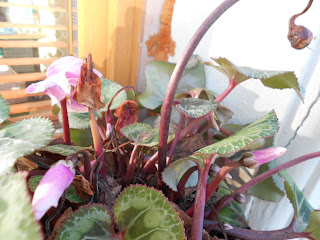 Cyclamen on the kitchen window sill, it likes the cold and is still flowering nicely.

That's all for today. See you tomorrow.
Posted by Unknown at 14:19